Working With Legacy Code and tips to inherit and maintain it!

Working With Legacy Code and tips to inherit and maintain it!

Dealing with legacy code can be a chore. Some developers even call it “legacy code hell”.

But, unless you’re starting a project from scratch, legacy code is inevitable. And that means you need a better way to work with it.

For working professionals, each day is a broken up normal hog day – coming into the office, taking on the current project and picking the subsequent  job of the customer section with the utmost importance.  With full dedication and motivation working professionals start the proceedings of implementing the tasks. However, with a lot of code involved it is difficult to grasp the code completely. It needs to be understood, evaluated and placed into perspective with the feature you are executing.

To get the best outcome you start depicting a system plan of the proceedings and start taking the help of the team members to understand the code. On the other hand, the further you plunge into it the more puzzling it changes to. This situation arises once at least when there is no other option than breaking the code to get things moving. And then the enthusiasm comes back and as a final point, you get the job completed and the feature you are working on is all set to be validated in the course of the evaluation. But it is not necessary that things will fall into place every time, as a lot of software products will have at least one codebase that developers avoid as they are scared of breaking it.

At times it becomes too difficult to implement new features as it breaks current code due to a huge factually developed code base. Neither this base is well organized, nor fresh and open. As the reliable schedules of feature implementation cannot be given, planning becomes impossible, and the project threat becomes uncontainable. And in a short time, the team becomes upset of working with this legacy code.

How to repair it in this situation then? Before moving ahead, let us understand that what is legacy code?

Legacy Code explained and why it is needed

Legacy code is referred to code that is inherited by a software programmer from another source be it internal or external. It is mostly considered to be a thing of the past. It also denotes an application structure source code form that is no longer sustained. Legacy code can also refer to unsupported operating systems, hardware and formats. On the whole, legacy code is transformed to a recent software language and podium. Sometimes software developers do not want to touch the legacy code because of the risk factor involved with it. However, legacy code is needed for a lot of reasons – when there is a need to add a new feature or for fixing a new bug. Also, sometimes there is a need of improving the plan or improving the code owing to present alterations, as explained in the diagram shown below:

When working with legacy code, to develop the required fresh structures, the factors which influence it the most are idea, threat and time. Despite the fact that alterations are essential in the legacy code, one thing which should be kept in mind is that the functionality of the code does not alter. On the other hand, as there is no involvement of automated regression test, it becomes really hard to make sure the functionality intact with no changes in it. To overcome this situation it is recommended to start writing test cases for the legacy code to make sure that nothing unintentional gets altered in legacy code.

Bearing in mind that legacy code will encompass oodles of logic in a free way, it becomes daunting to begin writing test cases too. Also, it is very difficult to finish entire test cases at a stroke. Detection of the part of the useful test cases of the legacy code is a difficult job too. As designers, when encountered with legacy code change task, we are of a mind to re-write the whole application from scrape rather than make an effort to repair the old one. Making the minimum viable change is the key though, i.e. making the smallest disruptive alteration that totally repairs the problem before making an effort to clean and refactor any legacy code. It is all about preparing the case in business terms with a support for the alteration and reasonable financial plan to reap maximum profits and achieve desired results.

The slide of revising legacy code

To begin with, we need to understand that whether the changes required are non-technical or operational. Based on that, we need to move ahead. First and foremost, resources used should be the same for keeping up both the old system and the new. The same developers are needed as they know the current environment as well as the past one and they will prove to be fruitful in this terrible environment. With proper insights on the current situation they seem to be perfect to design the system as it should be. Also, getting hold of the essential means and structure, as per the situation to set up extra service must be taken care of. Who is answerable for making the judgment of re-doing the system, or do you want consent from upper authorities? In case, if they are non-technical, can you be responsible for them with the essential impetus they need for re-doing the system. Various factors such as: project consultations, forming procedures, replicating alterations in one structure in the other etc. must also be pondered. These are disadvantages and concerns you will have to bear in mind.

However, these things can be avoided if the given pointers are contemplated along with the usage of modern tools and techniques to mitigate some of the risks that come with the legacy code changes.

A safety net is needed before re-writing the code to identify or catch the unintentional bad build in advance of deployment of the application. For a smooth sail, it is suggested that some time must be spent developing a deployment procedure and a release channel. Become aware of unpredicted performance in legacy code with error checking. Take advantage of these approaches, but surely they are not a silver bullet solution for the existing problems as discussed.

In a few words, here are the important facts (diagram shown below) that will help you challenge and overcome codebase in the long run:

Make sure that you have completely understood the Legacy code prior to the alterations. Also, make sure that the approach is systematic and sequence diagrams are created to make things easier and understandable. A small and incremental improvements or changes are suggested to avoid losses. If bigger changes are needed, then the business case must be made and the approval of the higher authorities must be taken.  Go with the flow of the code while making alterations, and if, just in case if you want to take the code in a new path cut off your changes and use the Connector Pattern to fit in.

Legacy code must be managed by some means. Though it is a nuisance for most of the developers, as it comes without any documentation but still we have to deal with it with lots of reworking. While dealing with Legacy code, it is all about improving the existing environment within the capabilities of a software developer. Absence of pre-written trials, absence of complete knowledge of the code being reworked and unfortunate arrangement in our reworking processes leave us with a clutter of code over and over again. Though a legacy system is an ancient way or application program still it is widely used, normally as it still functions for the consumers’ requirements. With the advent of new tools and techniques, things have become much easier and this code can be managed by taking advantage of these tools and techniques.

So, control it before it starts controlling you, taking into account all the pros and cons.

While speaking about multi-billion-dollar businesses, Legacy is considered as wealth, wisdom and status. In terms of software, legacy is often… 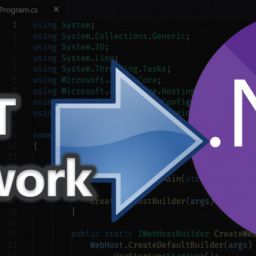 .Net Framework to .Net Core – Are you thinking of porting your application ?

Porting an application is changing the programming of software to run efficiently in another operating system. Software is initially designed…

Legacy system – How to make sure that they are secure?

Every organisation has to follow certain steps within protocols to follow for vulnerability assessment for a legacy system. It is important…

Tips to inherit and maintain Legacy Code For working professionals, each day is a broken up normal hog day –…

Migration from SharePoint on Premise to SharePoint Online on Office 365

To realize the benefits of Azure Migration it’s critical for business and IT leaders to understand the costs, risk factors,… 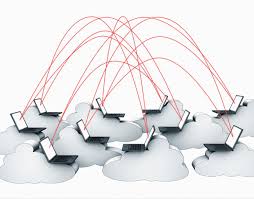 As Cloud Architectures Grow Up, Migration and Portability Will Be Key Issues For the past decade or two in technology,… 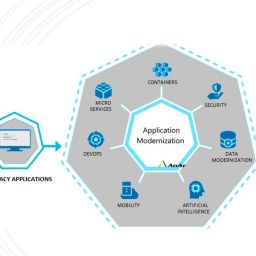 Introduction: Legacy applications are functional yet have compatibility issues with the latest technology. The tasks performed are in continual for… 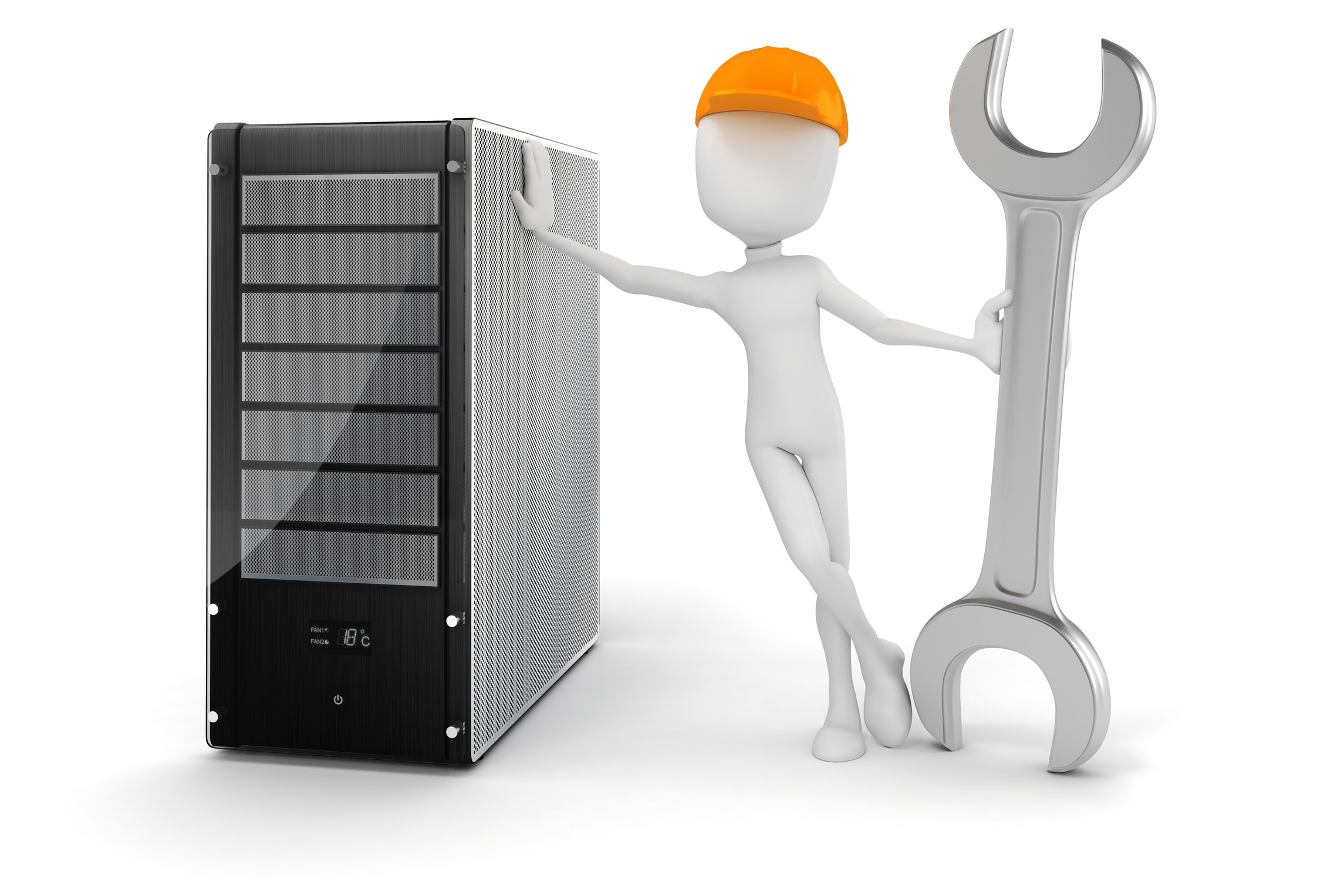 For any enterprise, maintenance and support of their components in a system is very important. For effective use of their…

Application Rationalization Continuing financial insecurity is commanding stern cost burdens on organizations across businesses. In reply, a lot of industries…