The choice between ASP.Net core and ASP.Net MVC has been widely debated and at its roots has been one of the most interesting comparisons being considered. In the field of web application development and API, the two platforms, even with their high popularity and functionality, have the slightest differences. However, the platforms have their own advantages and disadvantages, and it is hard to classify either one of them as superior over the other. The similarity between the two frameworks is the stability. Not only are the ASP.Net core and ASP.Net MVC supported by Microsoft currently by means of the Windows SQL server but also for a minimum of 4 years. The support from Microsoft in the near future for both frameworks is promising. With respect to their approach, both frameworks follow a version of MVC, the model-view-controller for creating web applications. The MVC perspective offers a modern, faster, and a more convenient approach to coding that helps in effective web application development. The frameworks also share a similar Razor template language.

ASP.Net with MVC, a common among various websites online, has been tried and tested for the past decade. Not only is it popular but also is an active budding platform with an ecosystem that has several packages. Over the past few years, these packages have been curated and revised. Consider the MVC framework if you are looking to deploy your web applications to containers, especially the new Windows container model.

To conclude
To choose the better from the two frameworks is not an objective matter. Depending on the requirement of the application and upon review of features offered by each framework, the ideal framework for a specific type of web application is decided. As the basis of both the models is the .Net platform standard, there is very little that separates the two. A common feature that both the frameworks offer is the compatibility and reliability. They can be used to create web applications that operate across operating systems on different platforms. 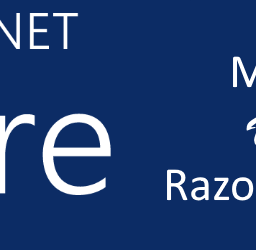 A web application for an enterprise has several components to it. There are numerous layers of web architecture within the…

Writing web applications nowadays is becoming a bit more complex as the frameworks evolve taking advantage of other frameworks/tools. The…

Implementing and Securing an API with ASP.NET Core

The verification for the web API is impartial using the token, sent with the existing request. This is basically done…