A lot of software’s are made these days and building them on a daily basis can be a pricey affair. As well as, much to your surprise, most of the cost is initiated in looking after the software. With so much efforts and strategies gone into making of the software, this becomes annoying. However, with the advent of Test-driven development (TDD) things are looking easy and viable as its main purpose is to help in cutting down of these runaway costs.

This really helps software developers to concentrate in a better way in building the software, enabling them to build higher quality software. Let us delve into the nitty-gritties of test-driven development, a development practice intended at constructing great quality software. In the first place, you will discover the exact meaning of test-driven development. Later on, we will try to find out that why it exists and its importance.

Let us try to understand and decipher Test-driven Development on a broader horizon.

What is Test-driven development?

Test-driven development is an improvement exercise that helps huge maintenance prices, and allows software makers to construct greater quality software. It has become an integral part of software development stages as it has the potential of solving a lot of current and future problems. In the case of automated tests failure, this improvement exercise trains software developers to compose new code, in turn evading duplication of code. Case in point, the most important objective of Test-driven development is to create the code, which is perfect, simple and devoid of bugs.

Enlightenment about the nitty-gritties involved in Test-driven development

First of all, in the Test-Driven Development process, designing and developing test cases for each and every functions of an application gets started. In general, this is the Test-Driven Development process line of attack. The test cases are developed initially insisting on and authenticating what the code will do. As a matter of fact, the codes are generated primarily and then the test cases. Codes are generated prior to the generation of test cases, as tests might miss the mark if they are established even before the development.

To get the best and desired outcomes, the software development team members develop and refactor the code, without affecting the behaviour of the same. Understanding of the steps involved in Test-Driven Development process is the key to get the desired performance of the software. They should be done the way they are explained, the steps given below outline in what way TDD test must be performed.

This can be well understood with the help of a diagram shown below.

Is test-driven development that important?

Yes, it is important, at least for all the team members involved during the software development process. It allows the developers to take minor strides while writing software. This practice is productive offering benefits as there is a less chance of getting a broken code. Also, it becomes much easier to carry on in smaller and smaller steps making re-compilation and re-running of the exiting test cases simpler and easier. Also, the traditional methods of testing which are used may not be a perfect fit for huge projects. For huge projects, in the real scenario definitely TDD would be required as it works well for huge systems. As a result, we cannot overlook the advantages which TDD has to offer.

On the other hand, to avail the benefits which test-driven development has to offer, it is extremely important for the involved testers and the business people to act as a team. This is suggested to visualize and discuss the software and its consequences prior to the code creation.

The systematic and logical environment of Test-Driven Development confirms much greater attention and high quality code, as the codes are tested, re-tested and fixed. As the tests are conducted from the very start of the software development cycle, period and cash spent in fixing at later phases is reduced. However, there are some disadvantages too. Let’s discuss them one by one.

In a nutshell, TDD, in all probability, is the most essential dynamic in the software development process. However, a lot of persistence is required to master TDD. It can be mastered in combinations, wherein one developer writes the tests and the other pens the execution of those test trial cases. After a while, roles can be reversed to get the feel of the task. The productivity and securities offered by TDD are particularly essential for slim start-ups anticipating making it. With a lot of functional benefits, it is definitely an asset for a software firm.

It is definitely transformative for any software development company, as, in the end a test suite is obtained with a cleaner and clearer code. However, it does not guarantee that it offers cent percent test suite. TDD can be the initial idea for well-organized, understandable code that increases proportionally depending on the requirement. For this very reason, it has been adopted by all the agile developers on a wider spectrum. 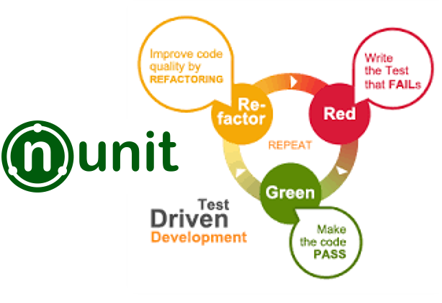 Code refactoring is used to rearrange or restructure the existing computer code. The process takes by executing factoring without changing…

What is Opportunistic Refactoring!! Looking at your existing code to add some more functionality. You found some miss placed class,…